How a marketing strategy can help win back and gain new customers.

The Big Easy Casino, a very well-known local South Florida 70,000 sq ft space casino was looking to make a comeback after being badly damaged from a hurricane. The marketing team partnered with JDOC to help revamp the casino brand, increase foot traffic, and essentially win back their previous customers.

JDOC worked closely with the casino’s marketing team aligning on specific creative initiatives. We successfully designed their brand-new logo and additional creative services thereafter included monthly brainstorming and designing all monthly promotional materials both digital and print, email marketing, digital and print campaigns. In conjunction, we put together and presented a successful marketing strategy to ensure the company’s revenue goals were aligned with its marketing strategy and execution plan. 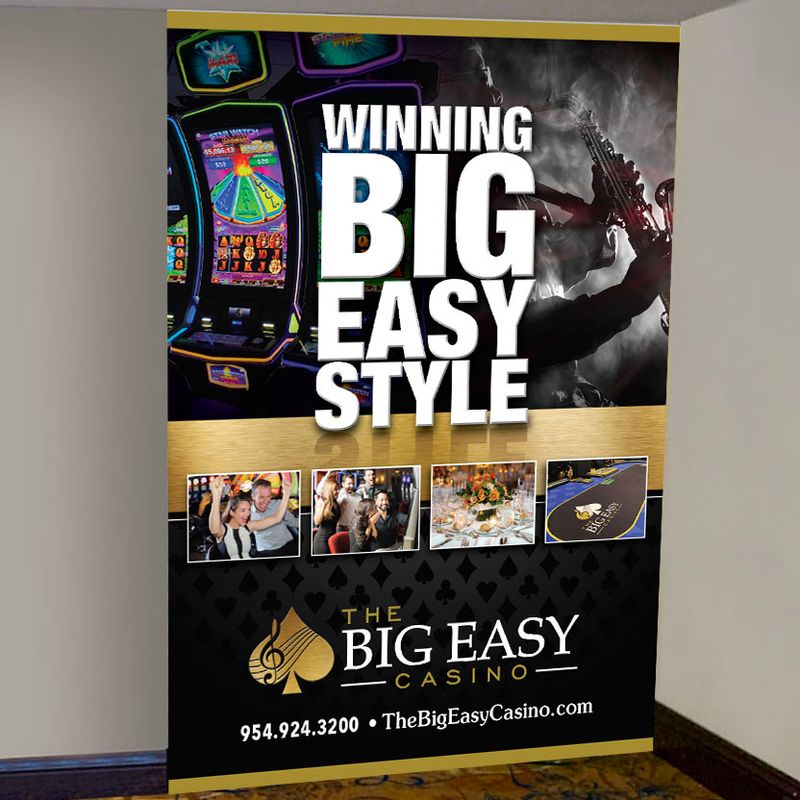 Reinvented brand resulted in more casino goers and comeback members in the door.

Through our multi-channel marketing efforts, The Big Easy increased overall revenue and won back a large number of existing members (many of who they lost after the temporary storm damage shut down)

The reinvented brand resulted in a lot of positive feedback from new customers, previous members, and the community.

Direct mail campaigns were a huge success and helped bring back over 100 previous members. Our newly designed/rebranded monthly direct mail also attracted over 100 new customers within the first few months of launching the campaign.

We recommended and helped organize a 4th of July 'rebrand reveal' event which was a huge success, had heavy media coverage and resulted in the casino attracting over 1000 people and bringing back over 50 previous members.

Social media ad campaigns resulted in over 500K impressions and over 100% more engagement.

Organically and paid, our social media efforts on Facebook resulted in over 20% new followers, over 30 new leads/member sign ups.